While we watch the option of homebirth in Australia progressively decline, become more regulated, more political and more out of reach for many women, we have been left wondering how we could present a unified front on homebirth issues and action changes nationwide. During a Homebirth Access Sydney committee meeting, members of our committee began to talk about how many local homebirth organisations there are around Australia, and that there didn’t seem to be a lot of cross-communication between the different groups or one organisation coordinating any unified and nationwide action plans to fight for positive change.

As Privately Practicing Midwives (PPMs) are becoming more and more regulated, it is becoming increasingly important that members from the different homebirth organisations around Australia are able to communicate, collaborate and lobby for changes to ensure that homebirth remains an option for women in Australia. Furthermore, it is important that these organisations can provide much needed support to our PPMs at this time, when all of them are being subjected to over-regulation and auditing, and the majority have suffered vexatious complaints while supporting women and their birthing rights. We began asking women from the different homebirth organisations around Australia if they might be interested in collaborating, and overwhelmingly the answer was a resounding “Yes!” And so, the Homebirth Consortium Australia (HCA) was born.

The HCA is a newly formed working group comprised of consumer and midwife representatives from each state around Australia, to discuss the current issues around homebirth and legislation, and coordinate plans to support and advocate an improvement to homebirth options for midwives and women in the future. Many of the homebirth organisation projects are inter-related, and so rather than doubling up on work, we work collaboratively on these projects, strengthening our focus, expanding our reach and improving efficiency. 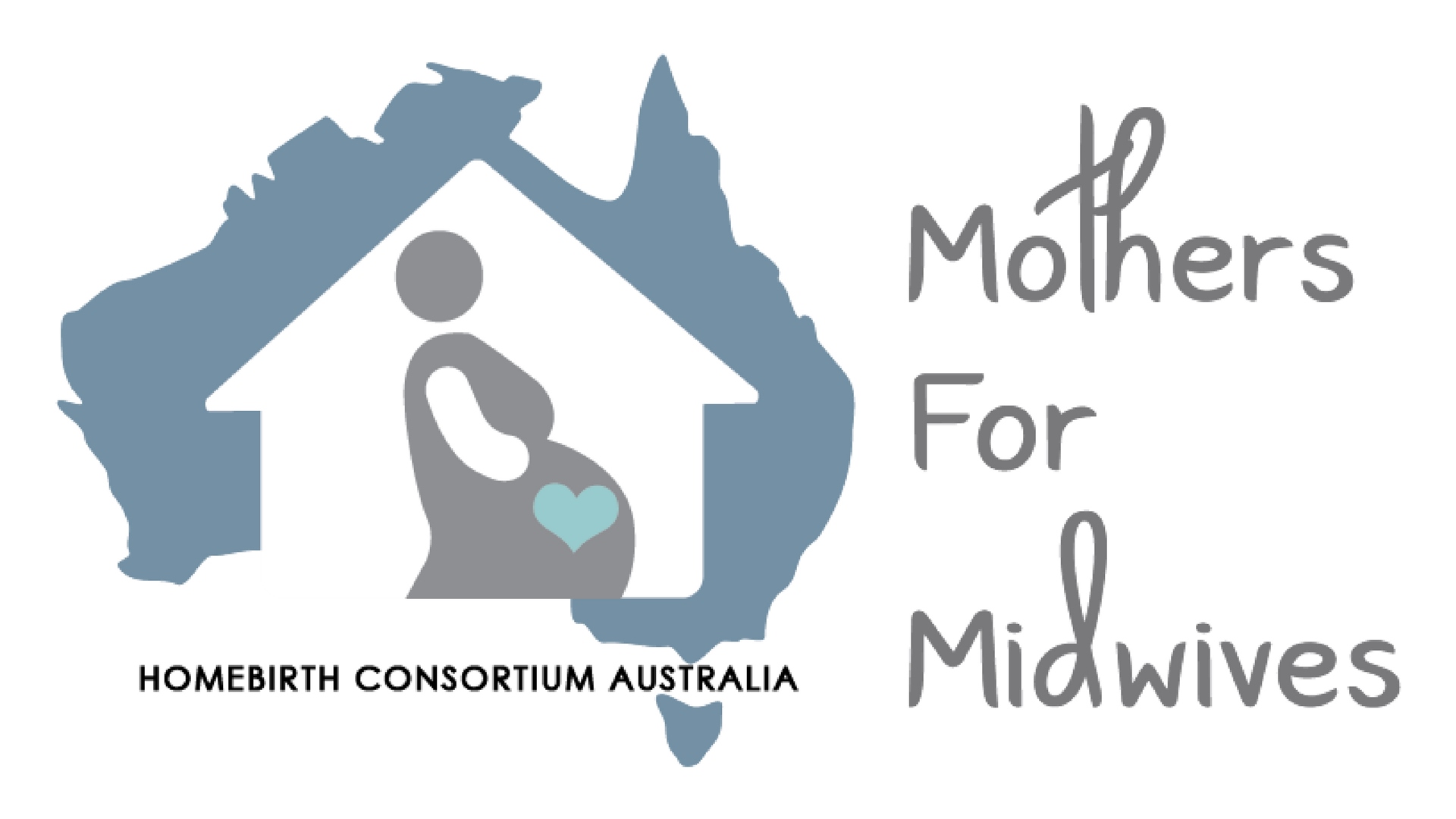 In addition to the HCA committee being created, the public HCA page gives our committee the ability to share projects with the public, garnering more support within the homebirth community and enabling communication of key objectives and outcomes as the group progresses through their action plans. Please join our public HCA page and contribute to discussions as they happen.

Our first national day of action is in just under two weeks’ time on International Midwives Day (5th May). Please join us for the Mothers for Midwives March at 11am on 5th May outside AHPRA buildings Australia wide (a detailed list can be found below). We aim to show the government that homebirth mothers (and families) around Australia support their midwives to be able to practice autonomously and without over regulation, because restrictions on PPM have a direct effect on how many women can freely choose to birth at home!

Please also sign the petition supporting PPMs and homebirth as a valid option for ALL Australian women, not just the lucky, wealthy and ‘healthy’ women who happen to be situated near 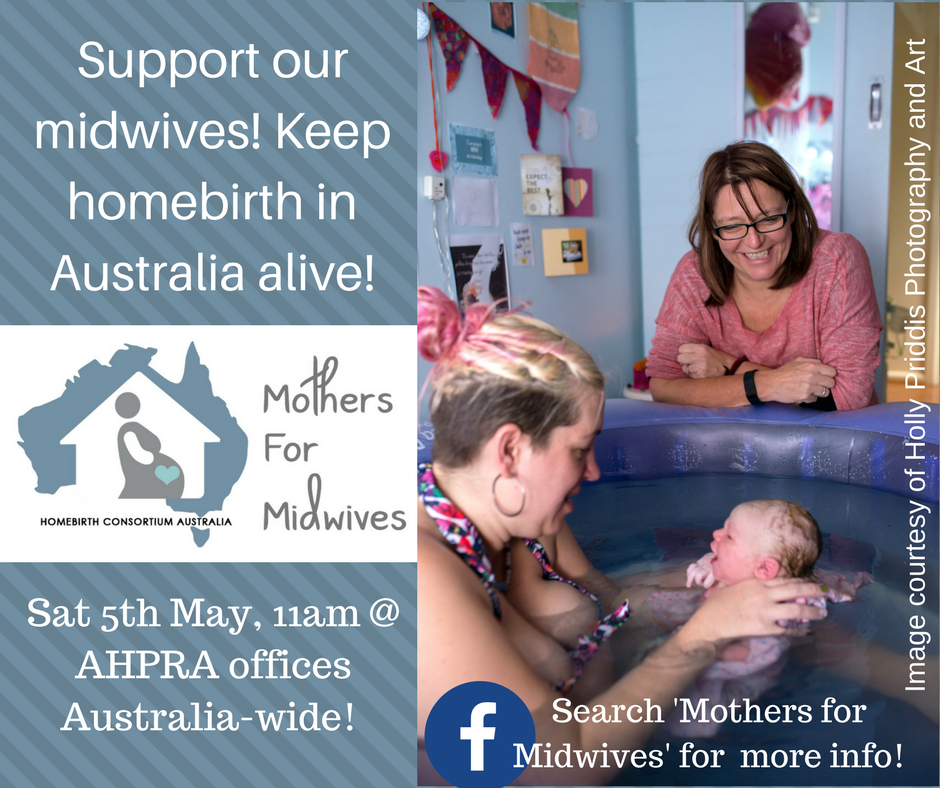 a PPM who is available to support them. Be a part of the change in this country to achieve a political and social climate where homebirth is a valid option for every woman in Australia, and where PPMs are free to do what they do best: be WITH women!

We are stronger together!